‘Craig Greenberg’ with ‘We’ll Come Together’ 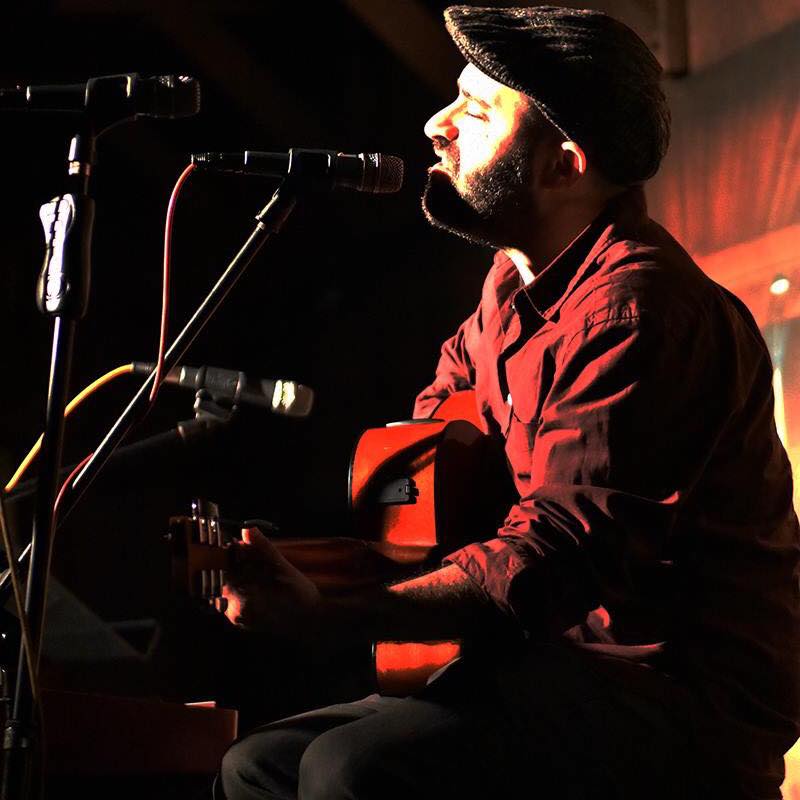 Craig Greenberg has been hailed as NYC’s most acclaimed post-millennial piano man.

Over the past 15 years, the native New Yorker has been a staple on the city’s music scene, capturing and building on the spirited ivory traditions of greats like Billy Joel, Ben Folds and Randy Newman with sparkling, soulful new musical twists, a larger than life personality and his insightful, dramatic sense of storytelling.

Craig has independently released 4 albums (his most recent full length Phantom Life released in Dec 2020), and has performed upwards of 1000 shows, since his start playing in bars while living in Chile, and later Spain, in the early 2000s.

His songs have received praise in American Songwriter, the Huffington Post, Relix Magazine, and have been played on radio stations all around the country and internationally (as well as locally on WFUV).

In 2021, his song “Oh Caroline” placed in the semi-finals of the International Song Competition.

He has performed everywhere from Lincoln Center in New York, to Israel and Cambodia, and with esteemed musicians such as Jackson Browne, Chris Barron (Spin Doctors), Jane Wiedlin (the Go Go’s), Louise Goffin, and Jerry Joseph.

Craig is currently prepping a new EP for release in 2022.

from Phantom Life press release, Dec 2020
While rousing crowds at classic downtown venues like Rockwood Music Hall, Joe’s Pub and the Gramercy Theatre since the late 2000s, Craig’s impactful catalog of independently released pop/Americana started with his 2007 debut EP The World and Back.

He went on to release the EP Spinning In Time in 2010, which received nationwide airplay, and in 2015, his full length debut The Grand Loss & Legacy.

“Our Own Way”, the single from Spinning in Time was placed in the 2012 feature film “Doggie B” by famed Go-Go’s bassist/songwriter Jane Wiedlin.

The Grand Loss & Legacy was written up in the Huffington Post, received national radio airplay and charted among the RELIX Top 30 Radio albums.   The first single from that album “That Girl Is Wrong for You” was the grand prize winner in the Relix JamOFF! contest and was featured in the June 2015 issue and CD sampler.
While the title of The Grand Loss & Legacy was a tribute to his mother who had passed away just before its release, Craig’s latest album is his first to feature songs composed directly in the wake of her passing.

As such, while most of his piano and electric guitar driven music is as up-tempo and emotionally uplifting as ever, his lyrics lean a bit darker and more reflective, creating a compelling contrast between a youthful rock ‘n roll spirit and the reflective spiritual maturity of approaching middle age.

Craig once again co-produced with Chris Cubeta, whose credits include A Great Big World, David Johansen, and Jukebox the Ghost.  Despite its title, The Grand Loss & Legacy focused on lighter themes about Craig’s life in New York, the fast pace, quicker relationships and a touch of hedonism, typified by “I’m Coming Around,” a youthful song about having a “friend with benefits”.

The new album is more mature and personal, yet many of the themes are also universal.

“I’ve realized throughout my career as a songwriter that the music I make responds to whatever I’m going through at the time,” Craig says. “I found myself at a different emotional stage after my mom passed and I eased away from the lighter songs into deeper stories and expressions.”

The first single “Sailed Ships”, released December of 2019, is a perfect example of Craig’s trademark high octane piano-driven pop/rock energy working off of hard-hitting lyrics about being at a crossroads in life and worrying about opportunities that have now passed him by.

The soaring politically charged power ballad “All the Hate in the World,” was released as the second single in February, premiering in American Songwriter – “Greenberg’s masterful storytelling displays itself beautifully in this track.