I Saw Her Standing There by Rich Chambers 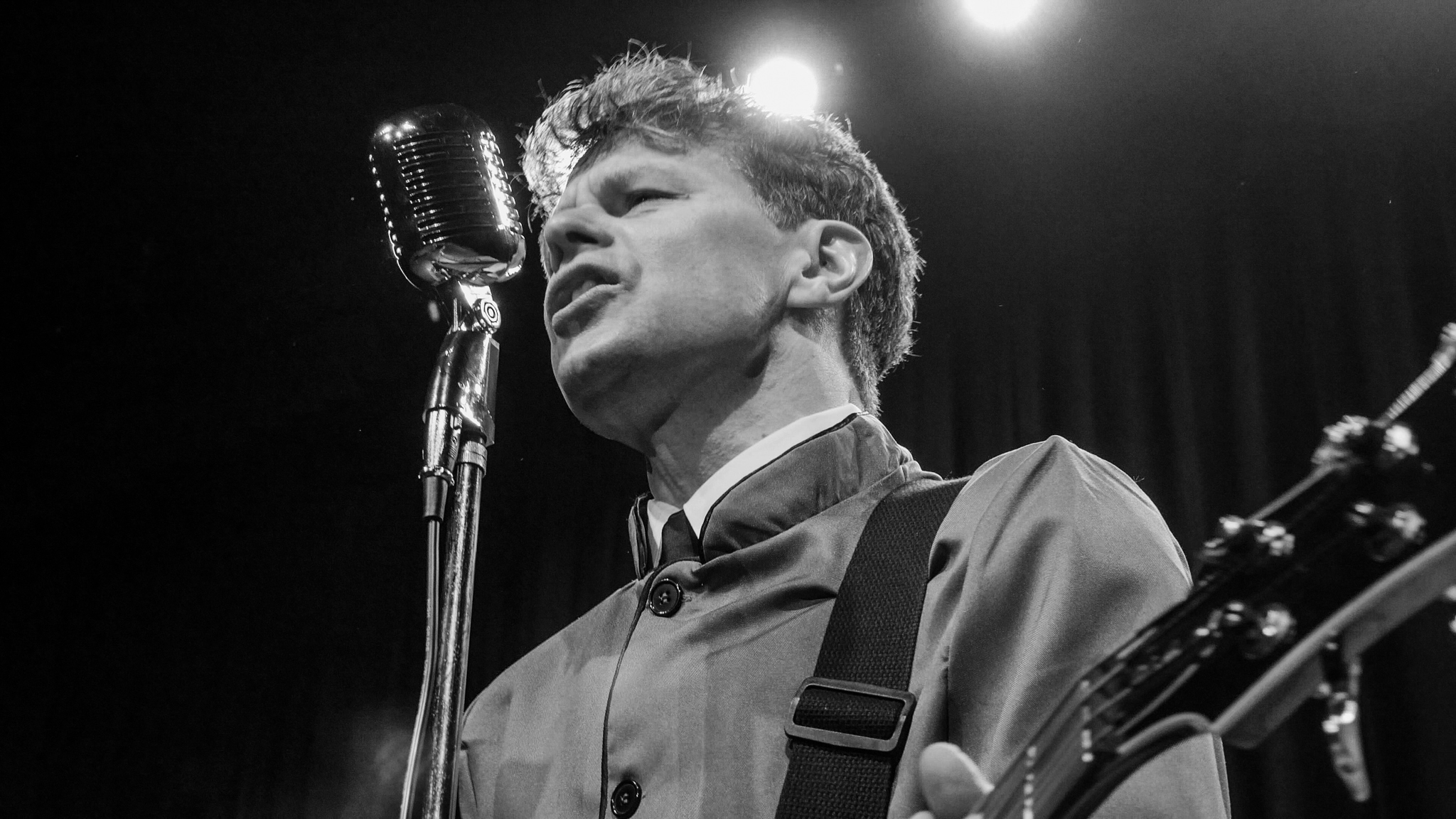 From humble and modest beginnings to redefining 60s and classic rock, Rich Chambers’ musical story is not unlike that of countless other musicians, or anyone in any career for that matter.

Discovering a passion for the guitar at age 10, and an even greater passion for songwriting at 14, he embarked on a life-long commitment to music and songwriting.

Like any successful individual, he is all about
commitment, dedication, hard work, maintaining perspective, and believing in himself.

Chambers’ journey has not been without its bumps though.

After completing high school, he was so sure
he would be the next big thing, until countless nights playing in many cheesy dives, for at best a round
or two of cheap draught beer, taught him otherwise.

It was then he made an important, life-changing
decision—he went back to school, which eventually led to a bachelor’s degree in English and later a master’s degree in Humanities.

As a solo artist, and previously with his band Half-Hour Late, he released numerous albums and singles.

His most successful song to date, has
been his cover of “Snow Miser vs. Heat Miser” from his first album, ‘Santa’s Rockin’ Band,’ which was
released soon after his first university graduation in the days before Spotify and on-line music sales and
streaming.

Once iTunes hit, and later Spotify, “Snow Miser vs. Heat Miser” began to really resonate with people and rise in popularity.

The song became the cornerstone of his 2020
‘Santa’s Rockin’ Band’ album reboot, which also included a newly penned original, “It’s Christmas Time
(All Over the World),” which went on to attain over 250,000 streams on Spotify alone in the last two months of 2020.

Following on the heels of his successful 2020 Christmas album, Chambers has been consistently and
methodically releasing new original music throughout 2021 and into 2022.

His socially conscious rocker,
“I’m So Tired,” came out in January, accompanied by a hard-hitting video brimming with thought
provoking social commentary (the video continues to receive accolades from film festivals around the
globe).

This was followed in the spring with his mid-tempo, love gone wrong, “Sorry Isn’t Good Enough.”

His summertime release was “Summer Looks So Good On You,” a Beach Boys meets Katrina and the
Waves fun and sing-alongable offering, which was followed by his fall release, “High School Can’t Last
Forever,” a rocker that merges the sounds of Buddy Holly and Green Day to explore the notion of what
really constitutes youth and innocence, and he completed the year with his release, “I Wonder,” an
infectious, almost bubble gum pop/rock song that Chambers likes to simply call a “musical guilty
pleasure.”

His first release of 2022 is his cover of the Beatles’ “I Saw Her Standing There” done in the
straight-ahead energetic style that is quickly becoming known as Chambers’ signature sound.

… and this is merely the beginning!

Chambers has countless single and album releases planned for well
into 2022 as he sets out to establish himself as the new voice in pop rock music.

I Saw Her Standing There by Rich Chambers

I Saw Her Standing There

Following a breakout 2021 in which Rich Chambers released five successful singles, including a film
festival award winning video for his single “I’m So Tired,” is his first release for 2022—a freshly energetic version of the classic Beatles song, “I Saw Her Standing There.”

With a rock sound distinctly his own yet remaining respectful of the origins of rock, Chambers is putting both a new and old spin on pop music
and reigniting the passions of older rock fans and bringing new ones into the fold.