Love To The World by Rosita Stone 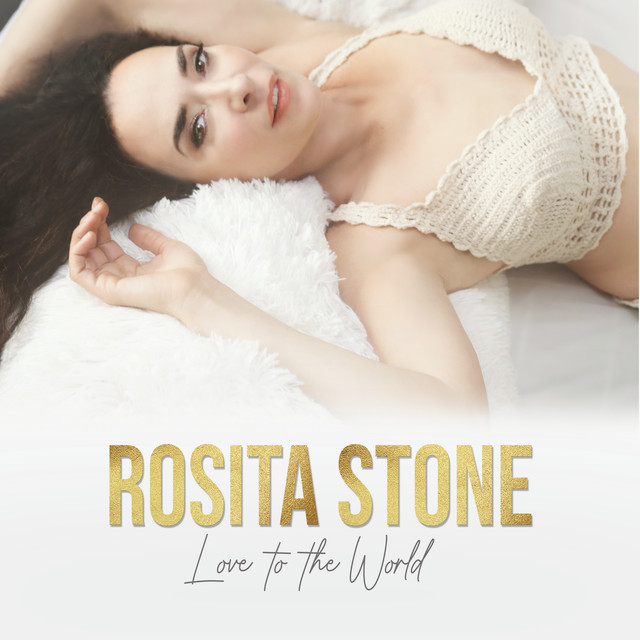 Canadian Artist Rosita Stone Brings It with “Love to the World” Could this be the Next Global Anthem?

Toronto, Canada, July 26th, 2021 – At this time of human existence, when the voice of the people roars for change, the incredibly talented Rosita Stone comes through with her amazing single “Love to the World”. The sensational track was written by Rosita Stone and Producer Big Chris Flores who has worked with Fergie, Slash, Rihanna and many more.

The essence of her music is emotional, the appeal universal, the delivery inclusive, evocative, and unforgettable. Rosita Stone is an award-winning multilingual artist, producer and dancer who is unleashing what is sure to be her breakthrough hit, an instantly attention-grabbing feel-good track with deep roots and a mountain of magnetism. The hook is undeniable, the timing is perfect. Resistance is futile. In just a few short days she has already been featured in Google and Yahoo news, NBC, major media and front page of entertainment in Mexico as well as radio in U.K, U.S.Australia, Italy and South Africa. And she is just beginning.

Love to the World is an anthem for our times, no matter our race, culture, gender identity or spiritual beliefs; she believes we are all born to bring love into the world, with unity as the ultimate goal.

The video for Love to the World features Capoeira which was developed by the African people in Brazil as a mechanism for resistance against their oppressors and to create community and unity for themselves. It’s a blend of martial arts, acrobatics, music and “play”.

Her single in Spanish “Decide ya por fin” was released late 2020 co-produced with Dennis Nieves, whose work includes productions for Shakira, from the likes of JLo, to Thalia, and many Latin Superstars. The track was featured internationally from Impulso Cultural TV in Argentina to radio in Spain, Mexico the UK and USA and many more countries.  Rosita has also opened concerts for multiple Grammy winning superstar Carlos Vives and shared the stage with Michael Bublé.

Rosita Stone – Love to the World

We were born to bring Love to the World- compassion, equality, non-judgement, gender diversity acceptance, co-written by Rosita Stone and BigChris Flores.

Special thank you to Kadara Capoeira for their part in the video, amazing.

Support Rosita Stone by checking out ‘Her Website‘ and also by buying the song on ‘Amazon Music‘ and ‘Apple Music‘ respectivly.

The essence of her music is emotional, the appeal universal, the delivery inclusive, evocative and unforgettable. Rosita Stone is an award winning bilingual artist who writes, arranges, and produces her material, keeping it honest, exotic and spiritual. Critics have placed her sound somewhere between Enya, Alicia Keys and Shakira, although comparisons are somewhat dubious – she’s truly unique. She’s Canuck, being of Mexican-Ukrainian descent – a Gypsy Aztec temple singer with a Tori Amos yen for turning stuff inside out.

Rosita grew up living in Canada, Mexico, Malta, Colombia, Argentina and the U.S. With this gypsy lifestyle she absorbed many different cultures and influences. Rosita remembers her mother’s powerful voice singing Mexican Rancheras to her as a child. At five years old she started in dance classes and eventually went to study in New York, Vegas and in Los Angeles where she received a scholarship to the famous Dupree Dance Academy. After moving to Toronto she became very involved in the music scene and landed 2 tours with the United Nations after east coast celebrity producer John Allen Cameron heard her sing. The tours went to Egypt, Cyprus, Israel, Germany and the North Pole. This was the beginnings of her musical journey.

Rosita’s track record includes singing with Michael Bublé, sharing the stage with the Canadian Tenors, co-writing with Dan Hill and being the opening act for, EMI Latin/Grammy winner Carlos Vives. Her song “Mother to Child” has been chosen as the soundtrack for multi award winning film “Figment” by the award winning director Mithran Maharajam. Rosita is currently a coordinator for Songwriters Association of Canada in Toronto and was Cultural Director for Youth Day Global 2017.

In Latin America, Rosita was over the moon that Harley Davidson and CityTV Latin filmed a promo ad featuring her and aired it while she was being interviewed live on TV. She also received an award from CityTV/Mucha Musica for two of her videos staying on heavy rotation for over 32 weeks consecutively. There, she charted TOP 5 with songs in English and Spanish, (and with a No.1 in Hispanic Toronto). She’s received press from MSN Latino, Univision, Entertainment Tonight Online, Reuters, Rolling Stone Latin, TV Grama (Latin equivalent to People Magazine), Gato Pardo (equivalent to Vogue) and many others. In SHOCK magazine, Colombia, Rosita was shocked to see her article next to the Black Eyed Peas and Bart Simpson. A highlight was being interviewed by famous radio personality Julio Sánchez Cristo who likened Rosita to Norah Jones and Joss Stone.

Rosita is the recipient of a Latin American Achievement Award for “Singer of the Year” and has had a deal in Latin America with Easy Entertainment/Universal Music Group with her self-produced CD “The Real Deal”. Rosita also had the privilege to record the album “La Magia del Alma” featuring the brilliant work of Jorge Lopez who played guitar on Linda Ronstadt’s Grammy Winning Mexican album “Canciones de mi Padre”. These are the same songs Rosita’s mother sang to her as a child and the same album she grew up listening to. Two of her songs from this album were licensed for use in the move Double Tap, starring the “Latin Dragon” Fabian Carrillo, Martial Arts Hall of Fame inductee receiving the “Living Legend Award”

Ms. Stone travelled to Chicago to work with two-time Grammy Winning Producer Jim Tullio and has written with Nashville’s hit songwriters; Kim Tribble and Philip Douglas who’ve penned many hits including a number one for Martina McBride, Rosita has also co- written with Kris Bergsness who’s penned songs for Tim McGraw and has had the honor to write at George Strait’s studio with Tony Ramey.

In Toronto, Rosita was ecstatic when she was asked to sing at the SONY World Premier of the late Jeff Buckley’s DVD “Grace all over the world”. She’s been a feature singer at the annual sold out Patsy Cline birthday party in Toronto and featured writer and performer at many events and shows including several with Chris Birkett, who just won the 2018 Juno for producing Best Indigenous Album for icon Buffy Sainte-Marie! Performances in Toronto include Harbourfront Center’s main Stage, Nathan Philips Square, The Living Arts Centre and Dundas Square sponsored by the Mexican Consulate and Tourism Board.

Press in Toronto includes Metro newspaper which ran a full page article on Rosita, and she’s appeared numerous times in the Toronto Sun, Star, and graced the cover of Vida Latina Magazine. She’s been interviewed by Diego Fuentes from Much, Claudia de la Huerta from the CBC and feels super blessed that 106.5 FM Radio has had her music on rotation for several years. American radio host Ray Carr just interviewed Rosita recently on WCSB 89.3 fm and as has asked her to come back again to share more music and stories!

From the early beginnings of singing on trippy trance tracks produced by Robeter Productions that were spun by Grammy nominee super DJ Paul Oakenfold (who Madonna signed), Rosita continues to craft her songwriting and is building her catalog of music while residing outside of Toronto with her daughter who is the crowning jewel of her life. Rosita is also a certified holistic nutritionist who saves animals as her passion and is an avid lifelong student of life coach David Price Francis.

Starting in April 2018 Rosita will be a featured speaker at Momondays to tell her story of losing her husband and father of her only child in an unthinkable tragedy. Her aim is to inspire others to continue the will to live when all hope seems lost. All accomplishments aside, Rosita Stone is a deep thinker who has an affinity for the esoteric and a love for humanity and goodwill.